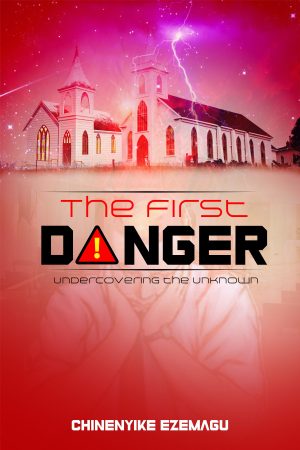 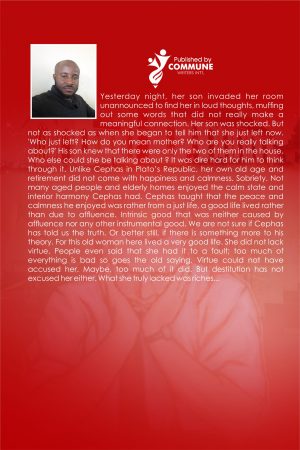 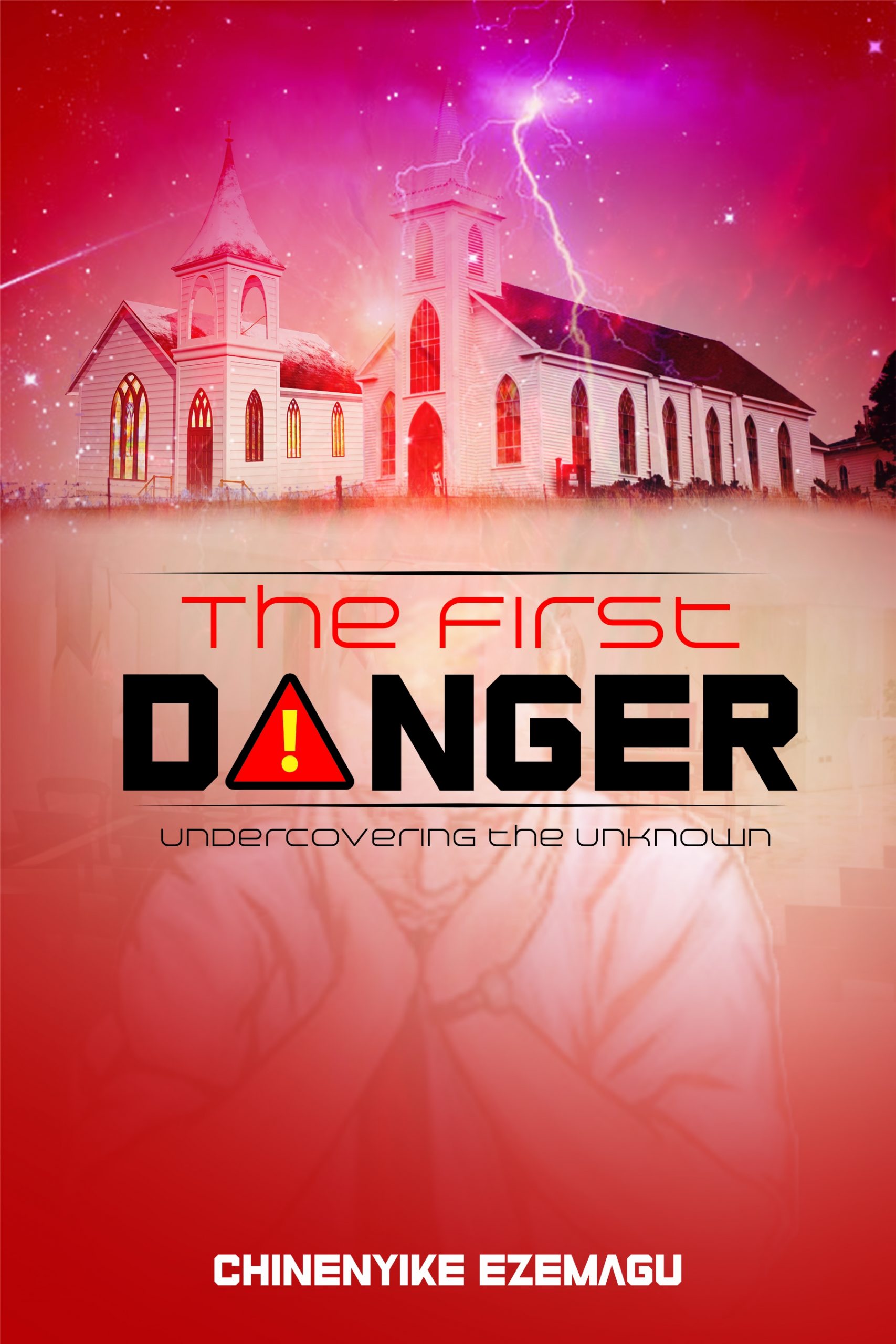 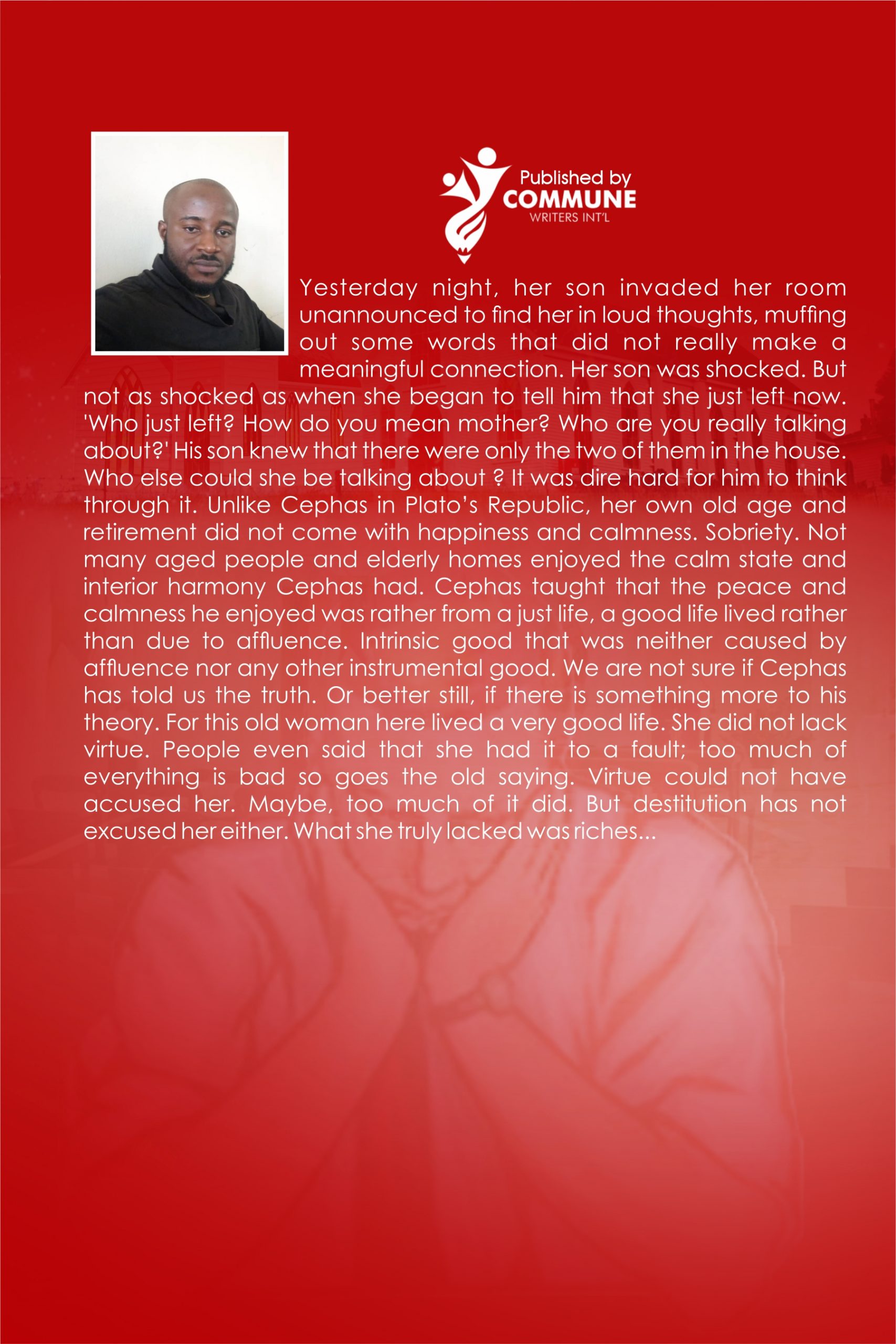 Unlike Cephas in Plato’s Republic, her own old age and retirement did not come with happiness and calmness. Sobriety. Not many aged people and elderly homes enjoyed the calm state and interior harmony Cephas had. This is a scintillating story written in simple English and a companion of every lover of thrills. Powerfully readable and enlightening.

Add to wishlist
Facebook Twitter Pinterest LinkedIn
Category: Books Tags: church, danger, fiction, religion, short story, young adult
Yesterday night, her son invaded her room unannounced to find her in loud thoughts, muffing out some words that did not really make a meaningful connection. Her son was shocked. But not as shocked as when she began to tell him that she just left now.
‘Who just left? How do you mean mother? Who are you really talking about?’ His son knew that there were only two of them in the house. Who else could she be talking about? It was dire hard for him to think through it. Unlike Cephas in Plato’s Republic, her own old age and retirement did not come with happiness and calmness. Sobriety. Not many aged people and elderly homes enjoyed the calm state and interior harmony Cephas had. Cephas taught that the peace and calmness he enjoyed was rather from a just life, a good life lived rather than due to affluence. Intrinsic good that was neither caused by affluence nor any other instrumental good. We are not sure if Cephas has told us the truth. Or better still, if there is something more to his theory. For this old woman here lived a very good life. She did not lack virtue. People even said that she had it to a fault; too much of everything is bad so goes the old saying. Virtue could not have accused her. Maybe, too much of it did. But destitution has not excused her either. What she truly lacked was riches…

Chinenyike Ezemagu is a prolific writer. He has written stories both fiction and nonfiction on adventure, culture, religion, society, and education. THE FIRST DANGER is one of such thrilling stories and fiction. He studied French language at Wolef Language Institute, Benin City, Edo State. He is a graduate of the Premier University of Ibadan, Ibadan, Nigeria where he studied both History and French language. He is presently at Dominican University, Ibadan doing more studies in Philosophy. Chinenyike Ezemagu is a Nigerian from Aku in Enugu State. He is a speaker of many languages, a researcher, and a traveller.

The Apple of my Parents’ Eyes

Transformed from Glory to Glory

This is a demo store for testing purposes — no orders shall be fulfilled. Dismiss